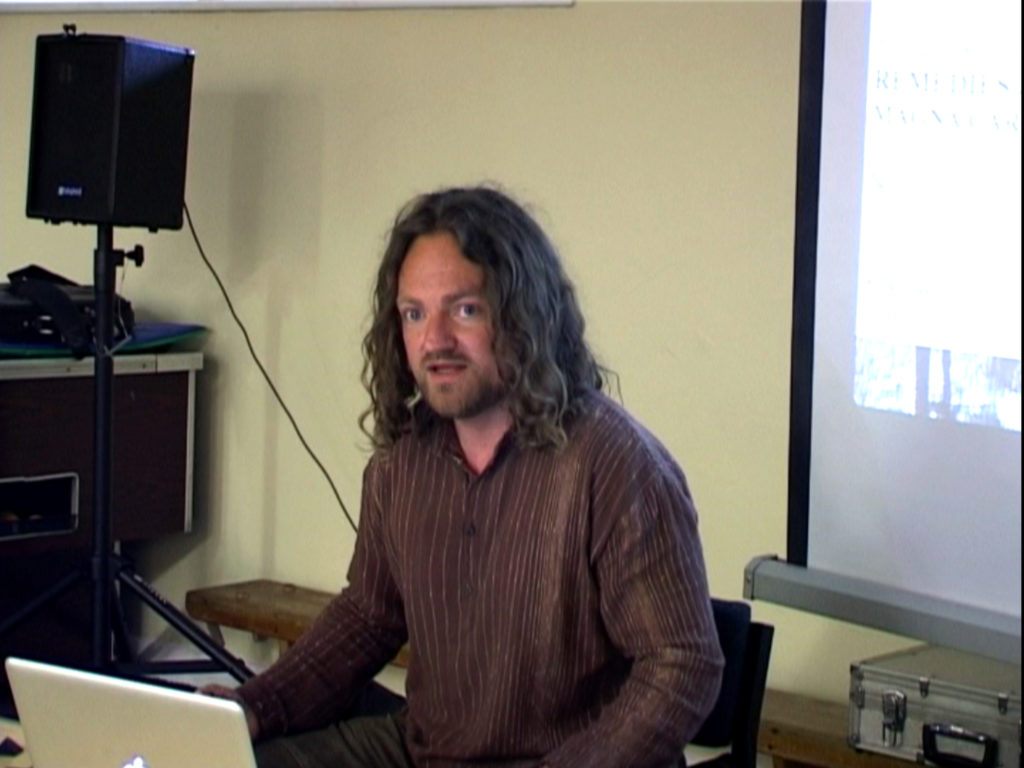 The Great British Mortgage Swindle is finally finished. There, I said it.

After nine long years of technical, physical and legal struggles, at the cost of three homes, £6.3M worth of property and my formerly optimum health, the master of the film has now been delivered to its UK distributor, 101 Films, and the Theatrical, DVD and Digital release dates have been set in stone.

After the false starts of the past, each of which was suspended because of variously onerous legal problems, the film is now cleared for international and UK release, having been reviewed for insurance purposes by one media lawyer in Los Angeles, then another in London, who was [incidentally] head of legals at the Independent newspaper for fifteen years, so she knows a lot about preventing her clients from being sued for damages.

Whilst the comprehensive list of legal issues with the film’s UK release took five months to address, during which time I worked every waking hour I did not spend with my wife and daughter, after realising that TGBMS would have to be completely re-edited to obtain insurance, without which the film would never have secured an international release; the end result is, without doubt, a documentary which is almost unrecognisable from the rough-cuts we screened in 2016/17, as the production values are now fit for a mainstream audience of the largest number.

Not only have we replaced every piece of archive news footage about the financial collapse in 2008 with previously unseen journalistic exposes of what actually transpired, by Faisal Islam and Siobhan Kennedy respectively; the film also now includes unbroadcast interviews with former HBOS head of risk management, Paul Moore, as well as Thames Valley Police Commissioner, Anthony Stansfeld, with whom I met last summer, when he agreed to publicly support the film in any way he can.

Parliament also granted us permission to use largely unseen footage of disgraced former HBOS CEO, James Crosby, during his 2012 interrogation by the Treasury Select Committee, which took its legal advice from barrister, David Quest, despite the fact that he had defended the Bank of Scotland’s directors [including Crosby] from the allegations of fraud I made at Newcastle High Court before HHJ Walton on 22/10/2010, for and on behalf of my family’s private property trust.

Quest was appointed Queen’s Counsel shortly after the hearings, but the legal opinion we have received is that he was bound by the Bar’s Code of Conduct to refuse to represent the committee, on the ground that he had an obvious conflict of interests, which precluded him from advising Parliament in its investigation of his former clients’ wrongdoings. Nevertheless, when approached by the producers, Quest offered no comment for inclusion in the film.

As I’m sure you can easily imagine, we had to make sure TGBMS does not contain anything that might give rise to a cause of action for Quest, the directors of every bank which stands accused of institutionalised mortgage fraud, the bailiffs who violently took possession of the protagonists’ properties and the police who assisted them, to obtain an injunction to prevent the film’s release or sue us on the ground of defamation.

For the similar reasons, we have licensed all the archive news footage we have used, with the kind permission of ITN [which has classified the film as “newsworthy” in its own right]; along with Channel 4 News, ITV News and RT.

In addition, every voice-over in the narration of the film has been redone, for the purposes of avoiding legal problems, laying out the remedies available to every void mortgagor and simplifying all the information presented in the film, so that it can be easily understood, even by those who know nothing about the subject matter when they sit down to watch it.

To say that I’ve forced myself past physical, mental and emotional limits that I previously thought impassable, in order to elevate this film to the platforms which will maximize its audience, is an understatement, having completed every element of post-production single-handedly and on more than one occasion. Without the support of those around me, I would have foundered on the rocks of oblivion long ago.

In the darkest moments, when I have simultaneously been frozen by my utter exhaustion and scorched by my stubborn refusal to stop pushing myself until everything is done, I have drawn heavily on two indomitable motivations:

For the first objective to be fulfilled, the second objective must also be achieved. Since justice is unobtainable in the rigged system, as the film emphatically demonstrates, the successful multi-platform release of TGBMS is the most realistic chance we have to tip the scales of justice in favour of the people, starting with those who lost their homes in the film.

If just 1 million pay to see the film, whether in the cinema, on DVD or Digital Platforms, Michael O’Deira, the Albert family and Tom and Sue Crawford will be able to acquire new homes of equal value to the properties they lost during the course of production, from the net returns generated.

Achieving such an objective would have the powerful effect of reversing the miscarriages of justice they have all suffered in the courts; whilst every void mortgagor who sees the film, whether they are still in possession of their properties or not, necessarily including every one of the 3 million people who have been fraudulently dispossessed over the past three decades, will have all the information required to apply to have their illegal mortgages cancelled and their losses indemnified by the Chief Land Registrar, without having to set foot in the corrupt courts.

If just 100,000 of TGBMS’s domestic audience make such applications to their local Land Registries, as is proposed in the film, the fraudulent conveyancing industry will be brought to a complete standstill and the Chief Land Registrar will be forced to seek adjudication from the Supreme Court, for a ruling on whether compensation is due to all those mortgagors seeking rectification and indemnity.

Since Lady Hale is that court’s current president and because one of her landmark judgments was to ratify the High Court decision of HHJ Behrens in Scott v Southern Pacific Mortgages – nobody has the right to grant a mortgage until they own the property concerned [unless they are the trustees of my family’s property trust!] – which is heavily featured in the film; Lady Hale would no doubt declare that the decision must be applied to every one of the aforementioned applications to the Land Registry.

Especially when the Thames Valley Police Commissioner has agreed to put his considerable weight behind such measures being taken and the lifting of the stay on our private criminal prosecution against the directors of Bank of Scotland and the LPA Receivers they appointed, who fraudulently fire-sold nine of my family’s properties at 28% of their true market value, without any valid mortgage documents.

I therefore passionately urge everybody who follows my work to do whatever you can to support this worthy endeavour, the first stage of which involves making sure that The Great British Mortgage Swindle is seen by enough people to re-house the protagonists.

At 12pm at the Savoy cinema in Nottingham, on Saturday the 10th of November 2018, TGBMS will open with a Special Screening, which will then be followed by a short Q&A with Michael O’Deira and myself, as well as a party to celebrate the long-awaited release.

The following evening, the film will screen at The Way Out in Glastonbury at 6pm, then in 21 other British towns and cities over the course of the next few weeks and months, via A-FP’s Cinema-on-Demand platform, the box office for which can be found by clicking on the link below.

Once 20% of the tickets are pre-sold in each location, the cinemas are booked and the screening dates confirmed, until when all C-O-D tickets are good to gain entry into any screening nationwide, subject to availability; and full refunds are available until 24 hours before any confirmed screening.

The DVD and Digital releases are set to follow on 26/11/2018, but DVD’s can already be pre-ordered on Amazon here:

As is clearly set out in the film, institutionalised mortgage fraud and genocide by court order will only end on these shores when every fraudulent mortgage is cancelled by the Land Registry, in which case every mortgagor who successfully applies to have this done will be entitled to be indemnified for all the losses incurred, as will every fraudulently dispossessed mortgagor over the past thirty years.

If mass indemnification is granted, this would result in the greatest transfer of wealth from the Babylonian banking system to the people, in the known histories of Mankind, which the potentially barnstorming success of The Great British Mortgage Swindle was conceived to explosively catalyze.

The rigged system could then be dismantled and the ancient British Common Law Jury System could be restored, thereby nullifying the powers of the banksters over all our lives and the destiny of our children.

Some, if not most, might well say at this point: “but that will just never happen.” To those people I would respond: “That’s what everybody claimed when I said that TGBMS was seeking mainstream international distribution in May 2015.” In fact, I was ridiculed for it. The response to that will no doubt be tumble-weed, given that the film is on the brink of both domestic and mainstream release across every platform next month.

That being said, I accept that the foregoing proposition might well seem like a far-fetched plan to some critical thinkers, but its fulfillment is only dependent upon the success of The Great British Mortgage Swindle, which is entirely dependent upon the film being seen by the greatest possible number of people, which we now have every chance of reaching.

Should you feel inclined or compelled to contribute to the achievement of that end by paying to see the film in any of its formats, you will also be contributing to the just restitution of the courageous pioneers who lost their homes during the making of the film, in the genuine hope that the depiction of their sacrifices would expose to the world the genocidal brutality of eviction by court order, under fraudulent mortgage possession claims, made by insolvent state-owned banks, which the judicial system is rigged to protect from the consequences of their myriad of crimes.

I am beyond words that express how relieved I am to declare that those sacrifices have been comprehensively depicted, within a fast-moving, emotionally compelling narrative, in what is perhaps the most incendiary British documentary feature film ever made. How successful it becomes and what happens next is down to you.