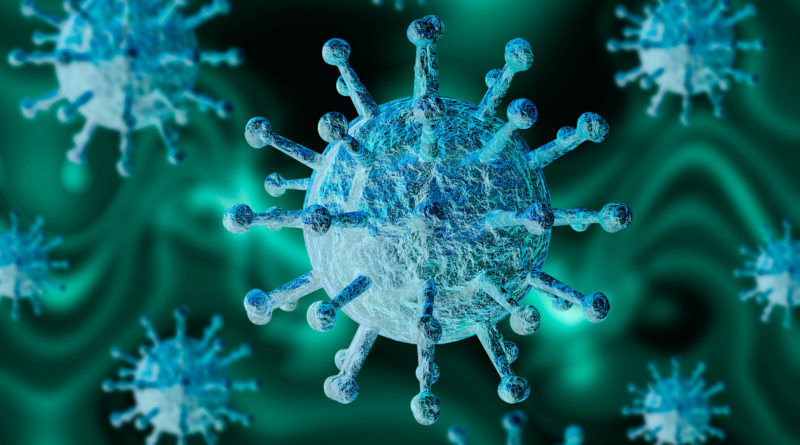 On Thursday 07 May 2020, a Sovereign Grand Jury was convened in a virtual and secure session in the British Isles, under the protection of the Treaty of Universal Community Trust, to consider allegations in relation to the Coronavirus pandemic.

The jury was asked to rule on whether there was sufficient evidence of pandemic fraud, upon the evidence submitted into the public domain by numerous doctors, experts and eye witnesses, to justify a formal Grand Jury investigation.

There now follows a summary of the allegations presented.

FRAUD – A false representation of a matter of fact—whether by words or by conduct, by false or misleading allegations, or by concealment of what should have been disclosed—that deceives and is intended to deceive another so that the individual will act upon it to her or his legal injury.

CORONAVIRUS – Any of a family of single-stranded RNA viruses that infect mammals and birds, causing respiratory infections such as the common cold and SARS in humans, and that have spikes of glycoproteins projecting from the viral envelope.

2. Medicine Epidemic over a wide geographic area and affecting a large proportion of the population

In January 2020, the UK government classified the COVID-19 strain of Coronavirus as a High Consequence Infectious Disease [HCID], following a worldwide panic over an alleged pandemic which originated in Wuhan, China.

Then on 16/03/2020, Neil Ferguson of Imperial College London claimed that 500,000 British people would be killed by COVID-19, based upon the Bill Gates financed university’s predictive computer model, in the event Brits just carried on as normal.

However, on 19/03/2020, COVID-19 was reclassified by the UK government from being a serious public health risk to an easily manageable one, only two months after being declared a High Consequence Infectious Disease.

Nevertheless, on 23/03/2020, the UK government imposed a voluntary indefinite domestic prison sentence upon the population of Britain, in the name of keeping people safe and protecting the allegedly over-stretched National Heath Service.

Two days later, on 25/03/2020, the Coronavirus Act 2020 was rushed through Parliament, on the alleged ground that the country was in grave danger from a viral pandemic, which the government had already reclassified on 19/03/2020, from being considered a serious threat to being no more threatening than a common cold or influenza.

The Coronavirus Bill (HC Bill 122) was purportedly enacted without the conventional Parliamentary scrutiny and debate, purportedly to keep people safe and free from harm and to save the NHS, during this alleged public health emergency.

However, the following powers it purported to authorise under the provisions of the Civil Contingencies Act 2004, represent fundamental breaches of Magna Carta, the Act of Settlement, the Declaration and Bill of Rights, the Petition of Right, the Coronation Oath and the Human Rights Act, which constitutionally forbid the suspension of the unalienable rights and protections guaranteed by the Common Law.

Forced detention and isolation of anyone, including children, and for any amount of time.

Authorities can take biological samples from your body by force [including at the point of a gun].

Your body will then be claimed as the property of the state, to do with as it sees fit and there is no right of appeal.

Nobody’s legal rights are recognised in the as yet unidentified isolation facilities, which are quickly being built around the country.

Emergency powers will last up to 2 years, with reviews every 6 months and the unrestricted option to extend indefinitely.

Lock-down powers have been drafted so that they can be used to prevent mass protests against the totalitarian measures imposed.

State surveillance safeguards have effectively been abolished, authorising total surveillance of every aspect of our lives, in the 5G control grid they are erecting, while everybody else is imprisoned in their homes.

Protections from forced detainment and cruel and unnecessary treatment under the Mental Health Act have been relaxed indefinitely.

Cremations can be enforced against personal and religious wishes.

No inquests into any suspicious deaths will be held until further notice.

No requirement for any medical certification for burials or cremations are now required.

The health service has been indemnified, should they fail for what ever reason to provide care to people who need it, or if they administer forced treatment and the patient dies as a result.

Only one government appointed medical ‘officer’ is required to sign off COMPULSORY TREATMENT ORDERS, which mean you can be forcibly medicated.

Or held down and injected with whatever is seen fit, by whomsoever your caring and compassionate government chooses to answer to nobody but them.

Local Authorities are also now exempt from compliance with their duties under The Care Act 2014, but they are still sending parking bandits to fine you for parking in front of the home you have been imprisoned in.

If someone dies in police custody or any type of custody they can simply dispose of the body without any paperwork, medical exam or certification or inquest.

Any criticism of government policy is a summary public order offence, until they end the state of emergency, liable to fine and imprisonment without trial.

Almost inexplicably, on the same day the Coronavirus Act was passed by Parliament, which promptly dissolved till further notice, Ferguson publicly admitted his predictions were woefully inaccurate; and that, upon reflection, there should be no more than 10-20,000 UK deaths.

However, the UK government proceeded to ignore the corrected mortality prediction, as well as its own reclassification of the disease as not being a serious public health risk and the lockdown continued with an aggressively renewed totalitarian vigour.

This naturally gave rise to questions of such significance to everybody in Britain and the rest of the world, which has almost entirely followed suit.

If the UK government knew COVID-19 was not a serious public health risk on 19/03/2020, why did Parliament pass the Coronavirus Bill six days later?

Upon the available evidence, the only logical answer is that the bill was passed in order to use a manufactured public health crisis as a mask for a totalitarian power grab, on the basis that the unconstitutional statute and the regulations which arose out of it, purport to place the UK government, the NHS and the councils beyond being held accountable for their actions by the people.

Why else would they have used their landslide majority in Parliament to ram through a bill which suspends the legal right to remove the government from office, until they say so?

Whilst everybody involved in these critical investigations sincerely wishes it were otherwise, the facts dictate that there is simply no other rational explanation as to why the government is relying upon plainly dishonest statements, which call into question the very legitimacy of this Parliament.

The Elements of Fraud

For an allegation of criminal fraud to be proven at law, the following elements must be in place:

1. Party A knowingly relies upon dishonest statements for the purposes of procuring material gain.

2. Party B is caused to rely upon those dishonest statements by the actions of Party A.

3. Party B [and Party C, D, E etc, whenever appropriate] suffers losses [or might have suffered them] as a direct result of relying on the dishonest statements of Party A.

4. Party A becomes guilty of committing fraud the moment they obtain material gain from relying upon their dishonest statements, whether Parties B and C suffered losses or not.

A Matter of Public Record

In this case, it is a matter of public record that Party A [the UK government] appears to have made dishonest statements to Party B [Parliament] and Party C [the People], for the purposes of procuring unaccountable totalitarian power.

Party B was therefore caused the loss of the means to carry out its primary constitutional purpose – to oversee, scrutinize and block any attempts by government to grant itself powers which are unaccountable to the free and sovereign people of Britain.

Furthermore, in relying upon the government’s dishonest statements, Party C was caused the loss of the democratic right to remove them from office, as well as the unalienable rights of free speech, free assembly, freedom of movement, freedom of conscience, freedom of religion and the right to a private family life, to free trade, to be presumed innocent until prove guilty before a Common Law jury.

Party A appears to have obtained material gain from those dishonest statements at the moment the 2020 Act was enacted by Parliament, since the Act purported to suspend the democratic rights of the electorate to remove it from office, until such time that it deems appropriate.

Here is a summary of the dishonest statements allegedly made by Party A in relation to the COVID-19 pandemic, based solely on the evidence publicly submitted by experts in the fields of virology, microbiology, immunology, medicine, vaccines and health care, the names of whom are compiled in the references at the bottom of this post.

1. COVID-19 is a serious public health risk, which justifies the Draconian measures taken.

2. COVID-19 is a pandemic of a naturally occurring virus, rather than having been manufactured by the Bill Gates financed vaccine industry.

3. COVID-19 is a serious threat to the National Health Service, which justifies refusing to treat people with serious illnesses and classifying every death since lockdown as a ‘COVID death’.

4. COVID-19 is an airborne naturally contagious virus, rather than a chemically manufactured poison which can be sprayed in the air, added to liquids or injected into the body.

5. COVID-19 cannot be controlled without widespread vaccination, when every vaccine necessarily contains the virus it is supposed to prevent.

6. COVID-19 has been the cause of every UK death since the lockdown began, since when every fatal heart attack, stroke, brain hemorrhage, car crash and suicide has been falsely recorded.

7. Lockdown measures are keeping the public safe and saving the NHS, when the UK has suffered the highest death rate per million of all locked down and not locked down European nations and hospital wards are empty all over the country.

Here is a list of the alleged facts that Party A failed to disclose to Parliament and the people:

1. COVID-19 was reclassified as not being a serious public health risk six days before the Coronavirus Bill was enacted by Parliament.

2. All Coronavirus strains, including COVID-19, were created by institutions, foundations and companies engaged in the development, production, manufacture and distribution of vaccines.

3. COVID-19 is putting less stress on the NHS than it withstood during every previous annual flu seasons.

4. Viruses are not naturally contagious, whether airborne or otherwise.

5. South Korea minimised COVID-19 deaths with the widespread use of Vitamin C, whilst a combination of Quinine and Zinc is curing all symptoms within 12-36 hours, in countries all over the world.

7. Lockdown measures have resulted in a massive increase in the number of UK deaths by suicide, which will continue to increase for as long as domestic captivity lasts.

8. The government’s Chief Medical Officer, Chris Whitty, received a substantial amount of money from the Gates Foundation, which is heavily invested in forcing mandatory vaccinations upon the world.

10. Matt Hancock, the secretary of state for health, is CEO of Porton Biopharma Limited – a company engaged in the development of vaccines.

11. Porton Biopharma Limited is the modern version of Porton Down, a military-controlled institution which was scandalized when it was revealed that it had secretly tested nerve gas on unsuspecting victims, many of whom were killed or maimed.

12. Oxford University, the Jenner Institute, Vaccitech and Glaxo-Smith Kline – the entities engaged in developing, producing, manufacturing and distributing a vaccine for the UK – have all received funding from the Gates Foundation [or other Gates-controlled entities].

Unanimously, the Grand Jury ruled that there is enough prima facie evidence to justify a hearing of the expert and eye witness testimony under oath, which will take place at the earliest opportunity.

For the 2020 Act to be formally declared a nullity, on the ground its provisions [including the subsequent regulations] are unlawful and incapable of enforcement under Common Law, the Grand Jury must rule that the allegations of pandemic fraud are proven beyond reasonable doubt. 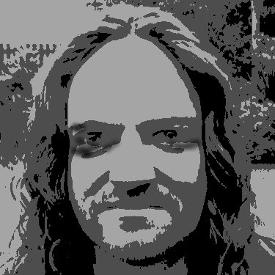